What My Father Taught Me 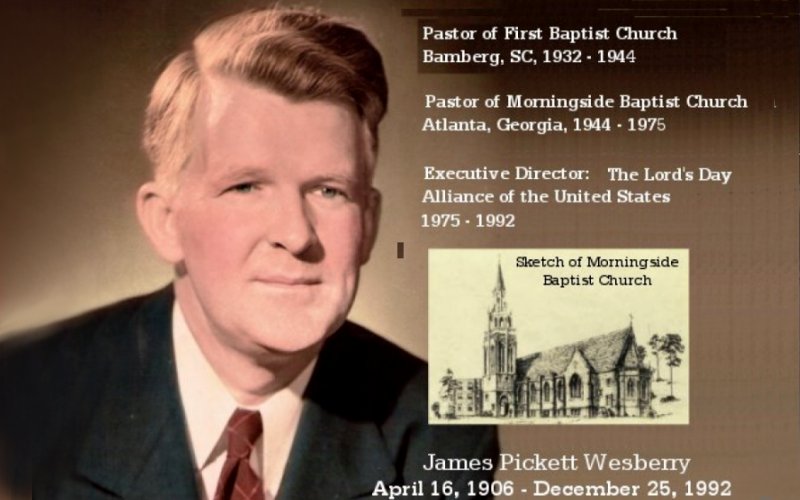 From the pen of James Pickett Wesberry, Jr...
Christmas has always been the highlight of the year for my family.
This is my personal story about Christmas and what my father
shared with me about it. 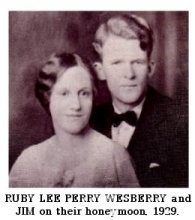 I can barely remember my first six Christmases at home with my parents. I do remember the seventh. In December, 1941, I was in the first grade Christmas pageant at school and my mother made my costume and was there to see it. Right after the play she was taken to the hospital. On my seventh Christmas morning, December 25, 1941, I found my first bicycle under the tree at my grandmother's home in Columbia, South Carolina.

Everyone except me had gone to the hospital to visit my mother who had suffered from lingering illnesses for as long as I could remember. She was 33 years of age. I was very anxious to ride my new bike but I knew my mother was in very serious condition. Finally they returned, but I could see my grandmother's face through the glass front door. She was crying as she turned the key.

My grandmother had already lost her husband, two babies and a 20 year old daughter. Of her whole family, only my mother and I remained. I knew instantly my dear mother had passed away. My father took me to South Carolina Baptist Hospital to say goodbye before they moved her to the funeral home. As he did he explained to me though we were very sad and would miss my mother terribly, she had gone to heaven to be with Jesus. She would no longer be sick and there was great rejoicing and celebrating in heaven upon her arrival.

He explained what a wondrous time it was for her to arrive in heaven on the birthday of the Savior. He said my mother would be rejoicing and celebrating Jesus birth above as we celebrated her going to heaven and Christ's birthday here on earth.

I found that very hard to understand but did my best as I gave my mother a final kiss in the hospital room. I don't remember much more of that day except after a sad Christmas dinner my father took me out to the sidewalk to ride my new bicycle. He ran along beside me as I tried to balance. It must have been very difficult for him but he was anxious to help me at last try out the bike.

They said I was too young to go to the funeral. I do remember one thing... my grandmother specifically requested the hymn "Till we meet again" be sung. (Til We Meet Again) She was very emphatic about that. My mother was buried at Elmwood Cemetery on December 28, 1941 on the coldest day I could remember. 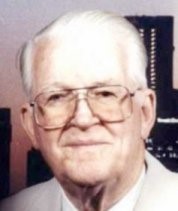 After that, every year at Christmas we had a wondrous celebration. We had two things to celebrate. My father was always with me, his only son, almost every Christmas for 50 years. On those Christmases while I lived in South America he would fly down at great expense to be with us. He especially enjoyed passing out the gifts to the children and later to the grandchildren as well each Christmas and we had many wonderful Christmas celebrations together.

Christmas was really always a joyous time for us as a family even as we remembered my mother in heaven celebrating too. It was in early December of 1992 when I received the call to fly quickly to Atlanta to be with my father who was in serious condition. Though he had never smoked, he had lung cancer after earlier having had a heart attack and wearing a pacemaker for a year. He was 86. I took two of my sons with me. The doctor told me that I had better bring the rest of the family quickly as he would not last long. An older son drove them down. To the doctor's surprise my father held on.

With the aid of an angelic nurse provided by the Lord over two weeks passed as he lay at home on a hospital bed beside the Christmas tree in the living room. The bedroom was too small for visitors and family. Although he did not speak, he was conscious and we were sure he could hear us and the friends who visited talk to him. Christmas day arrived.

The presents were under the tree as usual. We decided to open the gifts with the family gathered around and the only difference with previous years was that this year I distributed the gifts for the first time. Once that was done we gradually drifted away from his bedside but then we were called back as he breathed his last. He had waited for our family Christmas celebration before he left us.

It was December 25, 1992; exactly 51 years after my mother had gone to glory on Christmas day. The memories flooded back as again I stood at Elmwood Cemetery in Columbia on another freezing cold December 28th when my father was laid at my mother's side. Just as 51 years before, I was sure again that there was great celebration in Heaven as my parents were reunited to celebrate with the Lord his birthday.

With each passing year at Christmas, our family has a triple reason to celebrate on December 25 and we do...