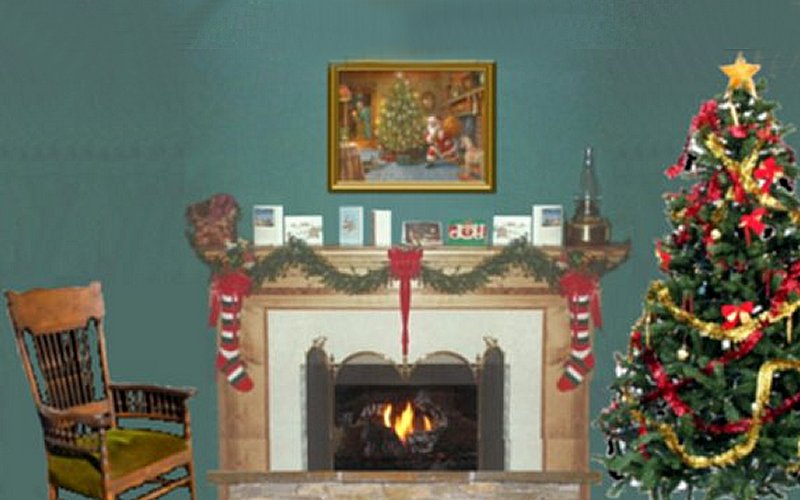 As twilight faded, the night shadows
crept across the snow covered landscape.
A full moon peeped over the tree tops
and stars began to flicker in the sky.

The woman sat on the hearth in front
of the fireplace as flames danced on
the logs and warmed her back.
A beautifully decorated Christmas
Tree sat in the corner.

Hundreds of twinkling multi-colored
points of light created a festive atmosphere.
There were no presents under the tree.
Her eyes filled with tears and ran down
her cheeks like small creeks flowing
down the side of a mountain.

She dabbed them with tissue to keep them dry.
She crumbled the tissues and put them in a
small white box. It was her first Christmas Eve
after the loss of her only son.

Over the years, time healed her heart and on
Christmas Eve, presents returned beneath the tree.
She always took out the small white box and
removed the tissues and cried placing the
crumpled tissues back in the box until the
next Christmas Eve.

This went on year after year. Her husband
passed away but she continued on Christmas
Eve to remove the tissues from the small white
box and cry as she had done for so many years.

She would sit in an old wooden rocker that
creaked as she rocked by and forth.
She called the box her Christmas
Tears Box.

Many years passed and once again
on Christmas Eve she sat in the old rocker,
opened her Bible and read the story
of the birth of Christ.

She opened the small white box removing
the tissues as she had done for so many
years and cried.

She crumpled the tissues putting them
back in the box. She put the lid back on
and continued to rock.

She held her Bible in her lap
with the small white box on top.

She felt a warmth she had never felt.
She closed her eyes and saw her son
and husband as the rocker ceased
to move.

She heard a soft voice whisper,
"For those tears I died."