The Stockings Were All Hung 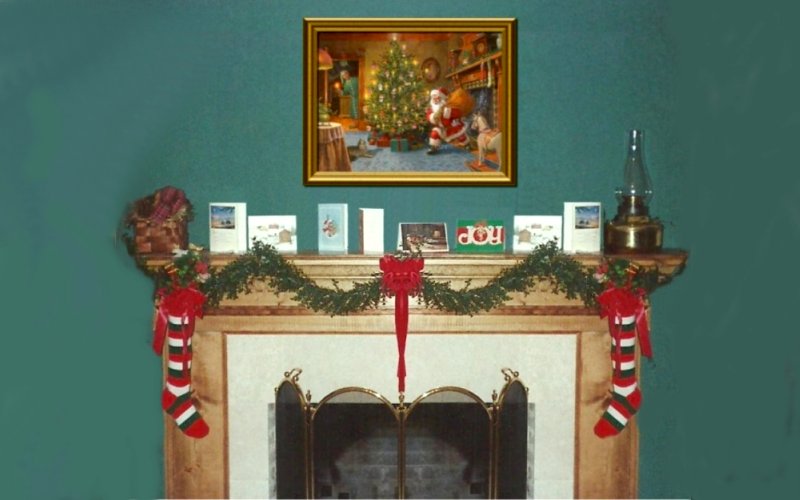 "The stockings were all hung by the chimney with care,
in hopes that St Nicolas soon would be there."

Well, how did this all start? Seems there was a poor man
who had three beautiful daughters. He had no money or
property to give as dowries to get them married and was
worried they would become prostitutes.

At night, the girls would wash out their stockings and hang
them by the chimney to dry. There was one particularly cold
wintery night when Saint Nicolas was passing through the town
and overheard some folks talking about the girls.

Saint Nicolas wanted to help and asked how he could help. No
one seemed to have an answer since it was well known the old man
would not accept charity.

That very night Saint Nicolas devised a plan. In the wee hours of
the morning, he slipped into their house through an unlocked
window and put bags of gold coins in each of the stockings he
found hung by the chimney.

In the morning, the girls went to put on their stockings and found
them filled with gold coins. They and their father were overjoyed
and they got married and lived happily ever after.

As a result, children today hang their stockings on Christmas Eve
in hopes they will wake up and find all sorts of goodies stuffed in
their stockings.

It has been reported that many resort to using large cloth bags
shaped like a sock with their name on it in hopes they can get
a bigger haul.

There are a couple of concluding comments to this rather
far-fetched tale of good fortune. First, if you don't like this version,
write your own.

We will never really know the truth about socks hung by the chimney,
but we can imagine it had something to do with drying them out.

Finally, wash your socks out nightly and hang them by the chimney.
But not on the mantle because that creates a fire hazard.

Remember, you just never know when some night when you least
expect it, something might be put in your sock hung with such care.